The Whirinaki Rainforest has housed and sustained the millions of children of Tane Mahuta. The Whirinaki have heard the rejoicing of victors and the lament of the dying and its very essence ensures the survival of all who depend on it.

The gentle loop track follows the Whirinaki River through majestic podocarp forest with many excellent vantage points along the river. People with any fitness level will be able to complete this walk.

Forests are complex communities above and below ground. We have 2,500 native species of conifers, flowering plants, and ferns; and occur nowhere else in the world (endemic). Our evergreen forests are among the most ancient and unique in the world. Many of our birds, animals, fish, insects and fungi are also endemic.

Throughout your walk with us, you will meet the venerated chieftains of the Whirinaki ngahere…

All the majestic trees have witnessed the constant changing of the seasons as they have weaved their way through Whirinaki and permeated it’s being into existence. Delicate ferns hug the forest floor and the soft green and grey mosses clothe the aged trunks and their roots, with the most intricate of nature’s garments. 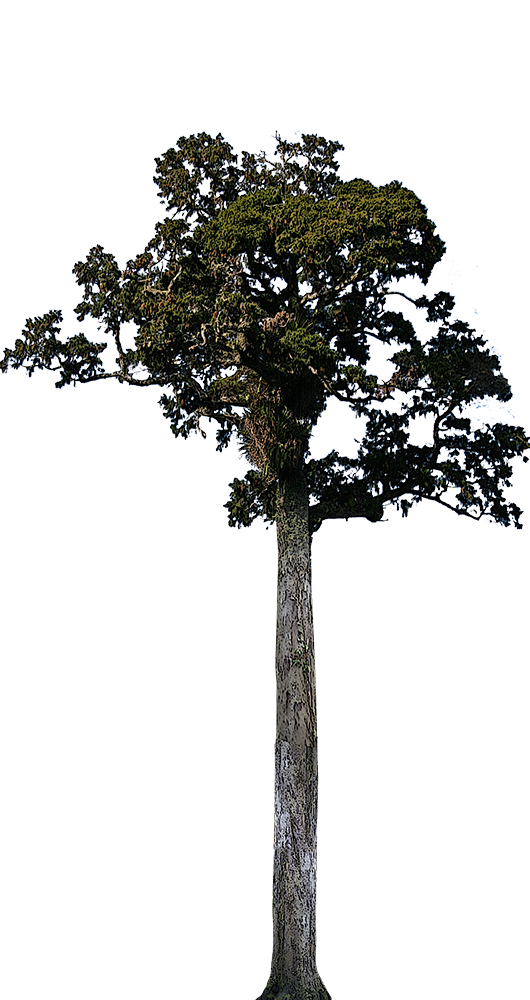 Historically, Rimu and other native trees such as Kauri, Matai and Totara were the main sources of wood for New Zealand, including furniture and house construction. Over-logging has seen native Rimu plantations wiped out and replaced with Pinus Radiata. Rimu used to also be known as "Red Pine". 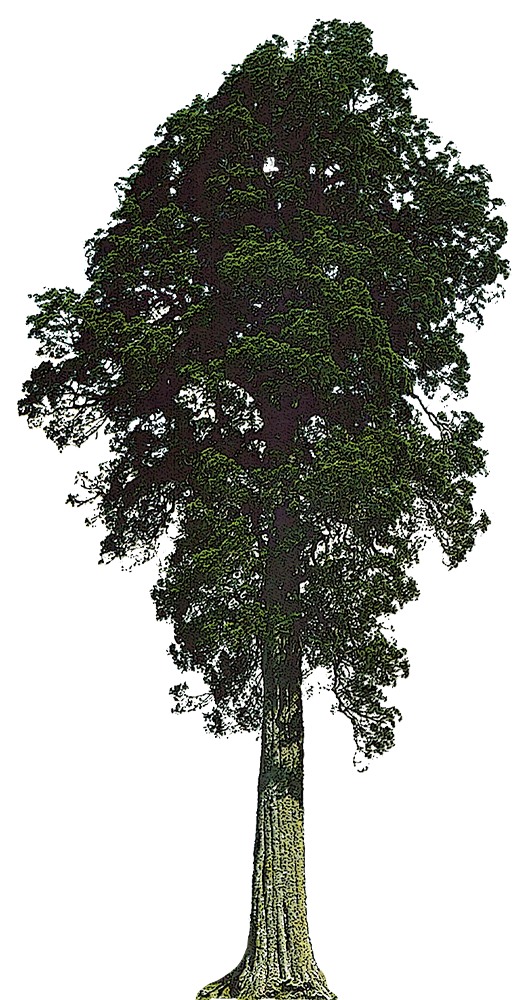 Soot of the Kahikatea heartwood was used in tāmoko (traditional tattooing).
Its long straight trunks made it ideal for making canoes.
Its gum resin was chewed.

Pūrākau: Māori legend says that the huge stands of Kahikatea that once grew throughout New Zealand were all created from a single branch of a tree that was carried to Aotearoa by ocean currents. The berries (koroī) were once a source of food.

Rongoā:
Chips of the wood were soaked in boiling water and this drunk as a tonic.
Leaves were boiled and the liquid drunk as a treatment for urinary complaints.

Pūrākau: Trees that are unusually formed or misshapen often have special powers of tapu.

Rongoā:Water from boiled leaves of makomako was used as an antiseptic or made into a poultice.
It was also used as a treatment for rheumatism.
Warmed leaves were applied to burns to help them heal.
A concoction from bark soaked in cold water soothed sore eyes.
The juice from the berries made a refreshing drink despite smelling and tasting like turpentine. 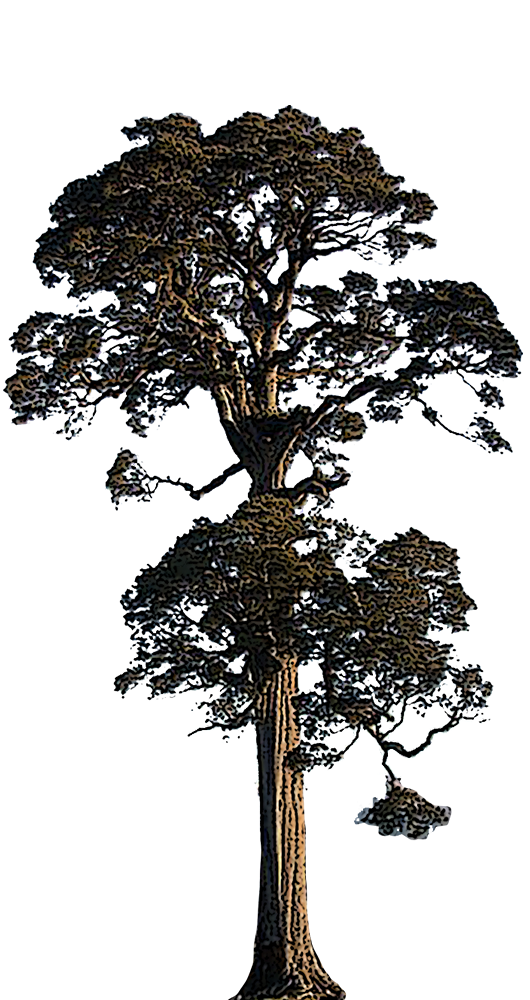 Bees collect pollen from the small yellow catkins in October and November while the round blue-black fruit is enjoyed by kākā and wood pigeons. Although quite slimy the fruit are sweet and were eaten by early Māori. When mataī was being felled for timber, bushmen drilled the base of standing trees to collect a sap known as mataī beer. 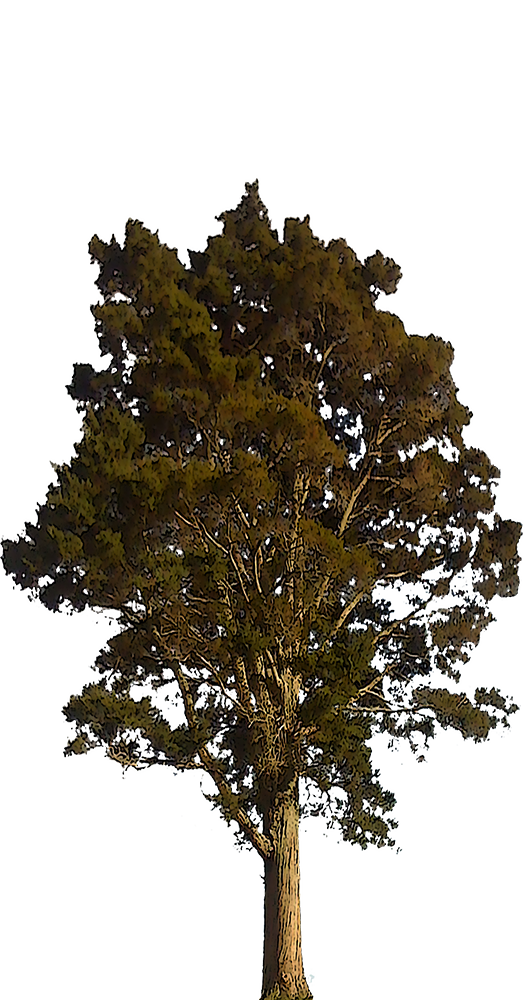 Whirinaki Forest has groves of very tall Tōtara (over 40 metres high) with massive trunks. Due to its durability, Tōtara wood was often used for fence posts, floor pilings, and railway sleepers. It was the primary wood used to make waka in traditional Māori boat building due to its relatively light weight (about 25% lighter than Kauri), long, straight lengths, and natural oils in the wood that help prevent rotting.

Threats
Land clearance and timber harvesting has reduced the size of our podocarp forests. Possums do enormous damage to native New Zealand forests. They also compete with native animals for food, and prey upon birds, their eggs and nestlings. Weeds, often garden escapees, have invaded our forests and in many cases out-compete native plants. Browsing by introduced mammals such as deer and sheep seriously limit the ability of a forest to regenerate. Fire is an obvious threat to forest, and fire restrictions apply all year round to many areas of land managed by Department of Conservation.

"Man and plants have a common origin. Māori see plants as having a senior status. Tane created them before mankind and they were therefore respected as older relatives. They are the link between man and sacred ancestors, Papatuanuku and Ranginui."
Te Rangi Hiroa 1950
(aka Sir Peter Buck - renown Māori anthropologist and museum director)

Wildlife is diverse and abundant. The Whirinaki forest houses high numbers of rare native creatures such as:

With our giant podacarps supplying an abundant range of fruits, Whirinaki forest supports large communities of insects and birds... 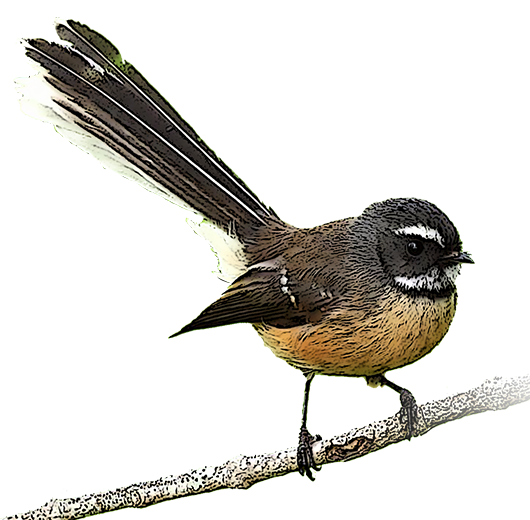 Size: 16cm (6.2in)
Weight: 8g (.28oz)
Pūrākau:Tiwakawaka is also the name of a grandson of the demi-god and folk hero Maui (Maui-potiki). He was one of the first Māori settlers to arrive in the Bay of Plenty more than 1000 years ago, well before the main migrations.
Conservation Status: Stable 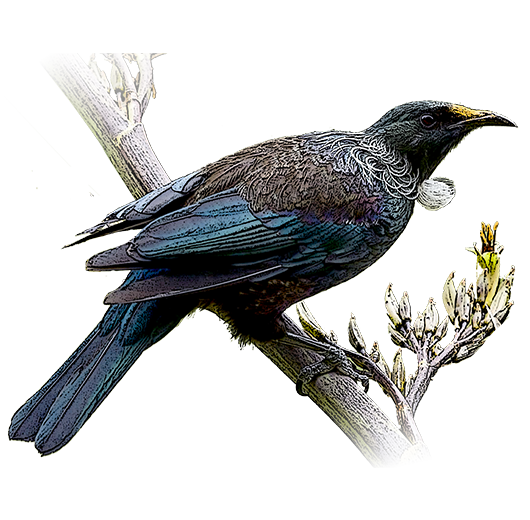 Size: 40cm (16in)
Weight: Male: 2.2kg (4.9lb) Female: 2.8kg (6.2lb)
Pūrākau: The Robin was also known as Karuwai (water eye) because of its watery eyes. The bird’s call was thought to bring good or bad news, depending on the time and place.
Conservation Status: Stable 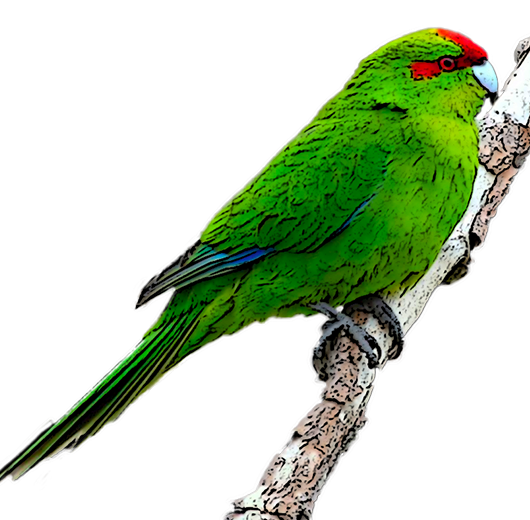 Size: 40cm (16in)
Weight: Male: 2.2kg (4.9lb) Female: 2.8kg (6.2lb)
Pūrākau: The patches of red on the birds' rumps are, according to legend, the blood of the demigod Tāwhaki.
Conservation Status: Nationally critical 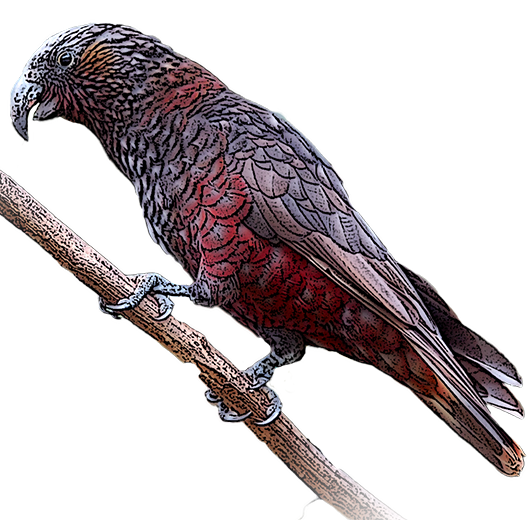 Size: 51cm (20in)
Weight: 650 grams (23oz)
Pūrākau: The legendary trickster Māui wanted to find out where his mother, Taranga, went during the day. He hid her skirt to delay her. Māui changed into a white Kererū to follow her, still holding the skirt, which became the bird’s beautiful multicoloured plumage..
Conservation Status: Nationally vulnerable 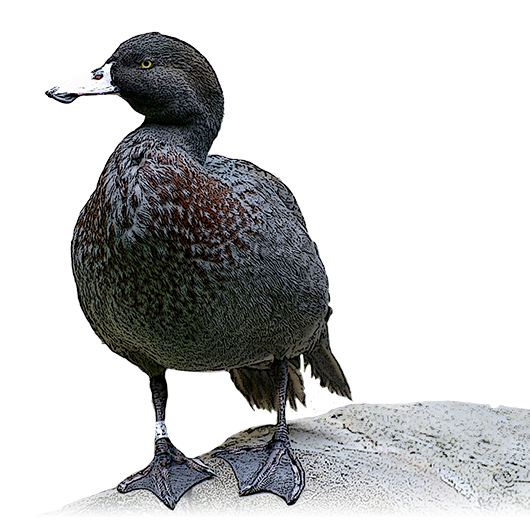 Size: 53 to 54 cm (21–21 in)
Weight: Males: up to 1,077g (38oz) Females: up to 870g (31oz)
Pūrākau: They are named for the male’s call – whio means whistle in Māori. Whio are a taonga (treasured) species having a strong cultural, spiritual, and historic connection with Māori. They are a key indicator of healthy rivers and streams.
Conservation Status: Seriously endangered 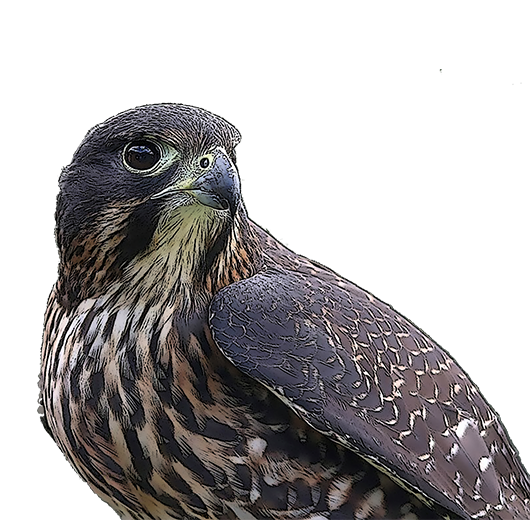 Size: 40 cm and 50 cm.
Weight: Males up to 350g Females: up to 720g.
Pūrākau The Kārearea’s cry was believed to foretell the weather.
Conservation Status: Recovering 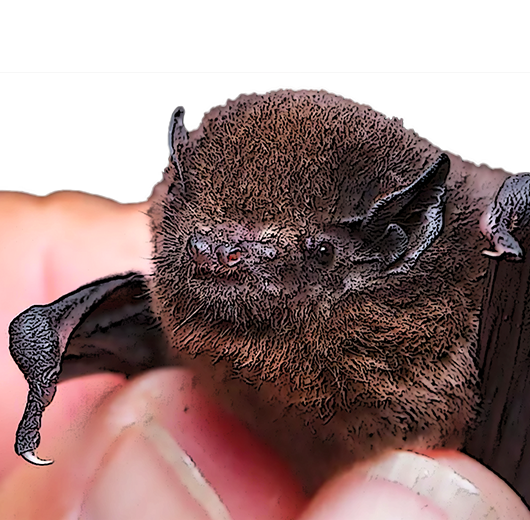 Our only native land mammal. Short-tailed bats are far more rare but also make their home in NZ forests.

Rongoā (Medicine) included the physical remedies derived from trees, leaves, berries, fruits, bark and moss – all used to treat particular ailments. Rongoā were administered in association with Karakia (prayers) and other customs, and their use required a thorough knowledge of native flora and fauna, and experience in preparation, dispensing and application. Throughout your walk today, our guides will point out a number of various rongoā plants we still use today, and you will even have the chance to taste some of the many flavours from the ngahere (forest) – our pantry and our medicine cupboard.

There are picnic tables and a toilet at the waterfall - the site where you will enjoy your picnic lunch today with our guides.